The Royal Mint has today revealed a commemorative 50p celebrating the 50th anniversary of Pride UK. This coin marks the first time Britain’s LGBTQ+ community has been celebrated on official UK coinage, and forms part of The Royal Mint’s wider commitment to diversity and inclusion.

The coin has been designed by Dominque Holmes, an east London artist, writer, and LGBTQ+ activist with a varied artistic background that includes tattoo artistry. The coin design features Pride in London’s values of Protest, Visibility, Unity, and Equality in rainbows. With state-of-the-art colour printing technology, the iconic colours of the Pride progression flag are recreated with special-edition colour versions of the silver and BU coins. Since the first official Pride UK event in 1972, the Pride UK movement has been one of significant political and cultural importance. Now in its 50th year, Pride UK is more popular than ever and continues to fight against societal oppression and stand up for rights of the LGBTQ+ community. 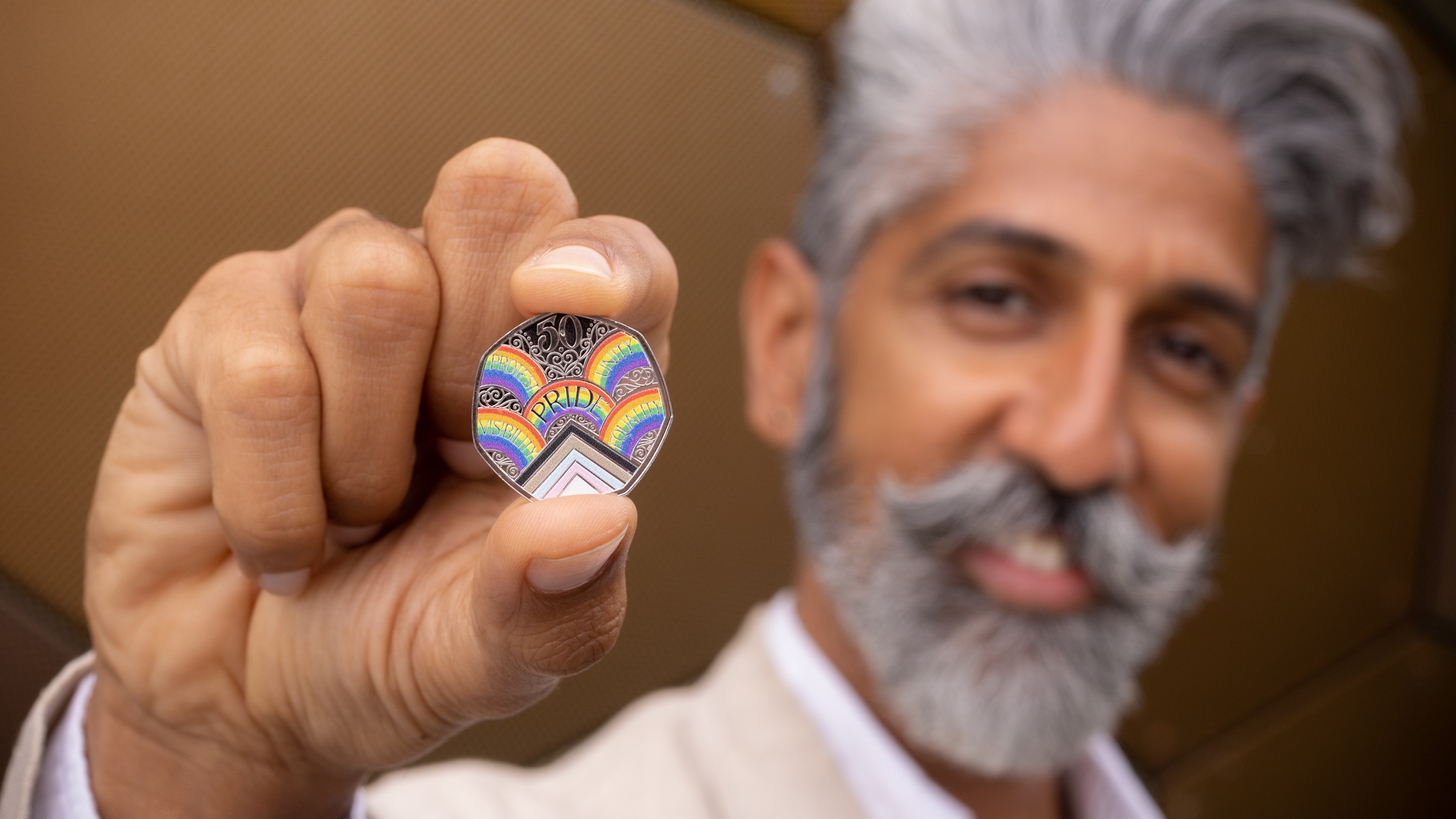 Asad Shaykh, Director of Marketing and Communications at Pride in London said, “It was a privilege to visit The Royal Mint as part of our partnership and see our coin being made. “It humbles me greatly that the words that I coined for the brand, PROTEST, VISIBILITY, UNITY & EQUALITY - will be on an actual coin, opposite the Queen. This queer brown immigrant has come a long way, powered by hope, love and this city. Nowhere in the world had this been possible, except the UK. Pride in London feels very proud today.” Clare Maclennan, Director of Commemorative Coin at The Royal Mint said, “The 50th Anniversary of Pride UK is a milestone celebration, and it is a privilege to mark 50 years of progress with this 50p coin. This is the first ever UK coin dedicated to Britain’s LGBTQ+ community, with colour printing technology capturing the spirit of Pride UK with its iconic rainbow colours. 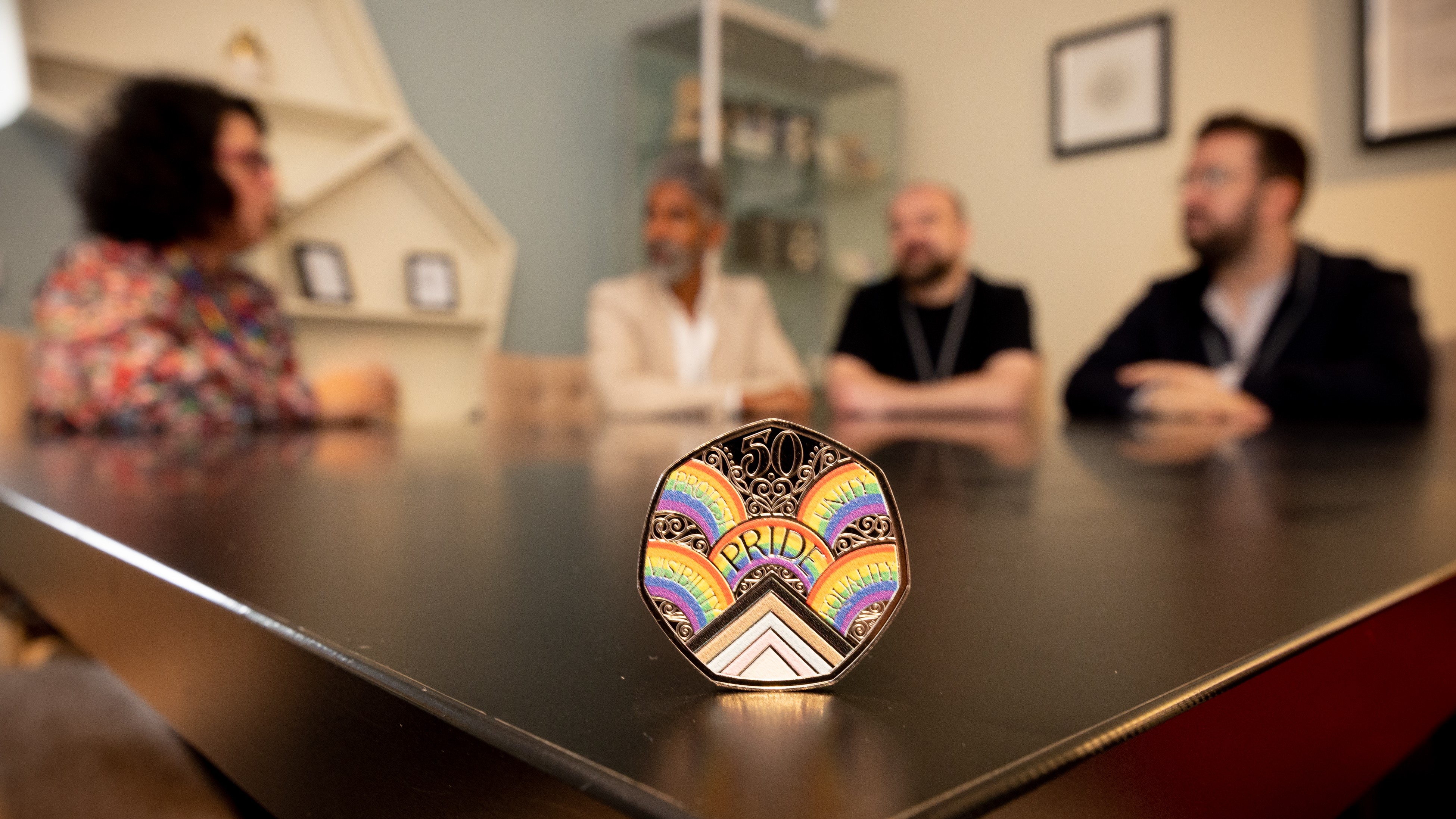 “It was an honour to host representatives from Pride in London at The Royal Mint recently to strike their own coins as part of the launch and discuss with them our commitment to diversity and inclusion within the business and show how we are reinventing for the future.”  As part of the launch, The Royal Mint will make a financial contribution to London LGBT Community Pride C.I.C. The 50p will not enter circulation but will be available to purchase via The Royal Mint website later this summer. The range includes gold, silver, and brilliant uncirculated versions. 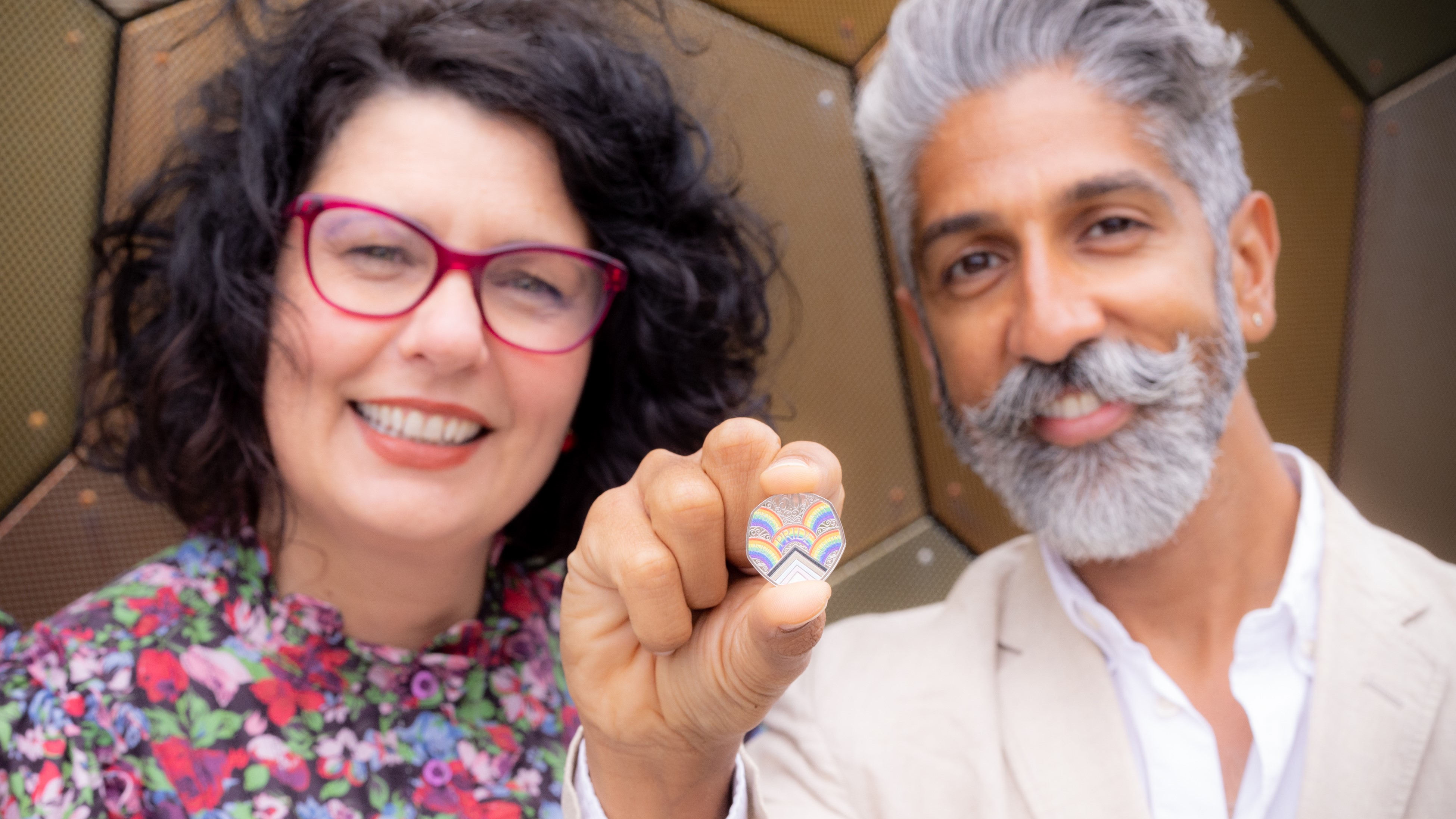 The launch of the new LGBTQ+ coin forms part of The Royal Mint’s wider commitment to equality, diversity, and inclusion. Alongside D&I training for all employees, a network of D&I Champions has been established to support The Royal Mint’s wider vision of celebrating differences for an inclusive future.  This commitment also extends to an LGBTQ+ society for employees at The Royal Mint; established last year. Named ‘Enfys’, the Welsh word for Rainbow, the group has hosted Q+A sessions, shared their personal stories and encouraged visibility and allyship amongst employees.

To find out more information about the 50th Anniversary of Pride 50p and to register for updates please visit The Royal Mint website. 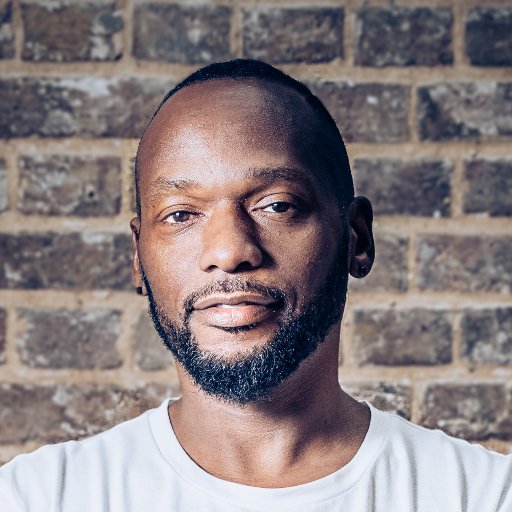